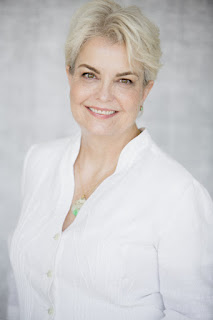 Hi, I'm Carolyn Phillips, and welcome to my food blog. Here's a little bit about me:

I'm fluent in Chinese, having lived and worked in Taiwan for eight years. My timing couldn't have been better:

The late Seventies and early Eighties in Taipei were the best possible times and place to learn about both the culture and cuisine of China, since the majority of China's greatest chefs had followed Chiang Kai-shek to Taiwan in 1949.

Now, I'm not taking any credit for this, but it wasn't until I arrived on the scene — which was when the
economy started to boom — that these chefs were finally opening up incredible restaurants featuring practically every region of this vast patchwork of
cuisines. Not only that, less monied cooks had smaller places of their own that offered authentic home-style dishes, and street hawkers filled in the gaps with cheap, good eats that fed my soul and tantalized my mouth.

The last five years I was there, I worked as the chief editor and translator for both the
National Museum of History and the National Central Library, and the best part of those jobs was that I accompanied the directors and their staff many times a week on forays to Taiwan's dining palaces with foreign dignitaries and official guests, where I would interpret over dinner; since both directors were refined men with a deep appreciation for China's exquisite cuisines, I ate the best there was and came back for seconds.

What this ended up doing was train my palate while it opened my mind up to flavors and foods I had not before considered possible. I dined on everything from Chinese haute cuisine to street snacks, and these provided me with rare entrée into local society.
Gourmands and scholars helped me understand the nuances of China’s varied
cuisines and ingredients and teas, and I was even able to discuss food with
famous epicures such as the renowned artist Chang Dai-chien.

I soon learned to cook these dishes on my own, quickly amassing a library of Chinese cookbooks as I pestered proprietors of local restaurants and food stalls into handing over
their family recipes and secret techniques.

Following my return to the States in 1985, I became a professional Mandarin interpreter for the state and federal courts, working with attorneys on multimillion-dollar lawsuits and
major criminal cases.

During my off hours, though, I continued to ferret out traditional recipes and classic cooking
styles. I retired from the courts a while ago to devote myself fully to food writing.

The results can be found
in my upcoming illustrated book, ALL UNDER HEAVEN, about all the cuisines of China, which was published by McSweeney's and Ten Speed Press, as well as in THE DIM SUM FIELD GUIDE (Ten Speed), that was published on the same day.

One of my stories was selected for THE BEST FOOD WRITING 2015, and my work can also be found in such well-known food writing venues as Lucky Peach, Gastronomica, Alimentum, Huffington Post, and Pork Memoirs. In addition, my "Dim Sum Field Guide"
was reprinted in Buzzfeed and featured at the 2013 MAD Symposium in Copenhagen. 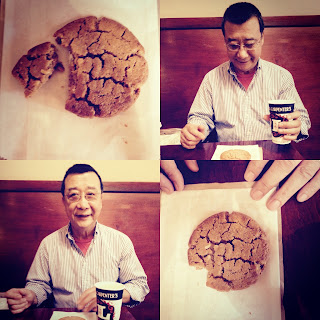 If you want to know more about me that seems proper or even possible, check out this interview with me on the wonderful Swallow Daily. You are welcome to follow me on my blog here, as well as on Twitter (@MadameHuang) and Instagram (@TheRealMadameHuang).

In addition to writing, I'm also a professional artist with a junior black belt in kickboxing, an ersatz ordained minister (Universal Life Church Monastery), and I've killed a couple of rattlesnakes in my yard.

I live in California with my husband of three decades, that cute guy on the right - the author J. H. Huang - and can be reached at MadameHuang[at]gmail[dot]com. 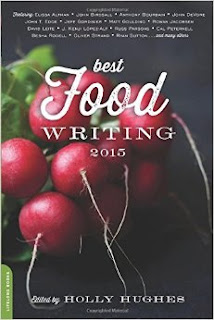 “A Beginner’s Field Guide to Dim Sum,” Lucky Peach, Issue 5: Chinatown, Fall 2012. Republished on Buzzfeed, Dec. 29, 2012, with a shoutout by LAWeekly Food on Jan. 4, 2013. This was also featured at the 2013 MAD Symposium held in Copenhagen co-sponsored by Chef David Chang and Lucky Peach.

Videos (some with articles)

“No Sharks Were Harmed in the Making of This Shark Fin Soup,” The
New Yorker, Dec. 28, 2011. First line linked to one of my articles
in Zester Daily.