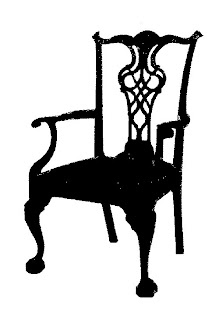 Truly happy, glorious, wondrous, stupendous, dancing-on-the-top-of-the-world news for those who haven’t heard yet:

McSweeney’s is going to publish my Chinese cookbook in 2014!

I have been screaming inside my head ever since they told me this, and you would think that would be enough for me to shriek incessantly with pure joy, but there is more:

The incredibly wonderful food magazine Lucky Peach has asked me to write and illustrate a piece for its CHINATOWN issue!

I feel like I found the golden ticket in the Wonka bar or dug up a genii’s lamp and got two of my three wishes or stepped into another dimension. But whatever it is that happened (and I still can't figure that out), I can’t stop smiling.

And can’t stop working. So first, I want to apologize to my readers out there who have been asking where I’ve been the past couple of weeks. The answer is: writing and drawing for the Lucky Peach deadline. I will get back on track very, very soon. I promise.

In the meantime, today is Summer Solstice, and while there’s not a Chinese holiday to celebrate it (at least Winter Solstice gets little rice dough balls, right?), the day after tomorrow is Dragon Boat Festival (Duanwujie), and Zester Daily just posted an article and video I did on Shanghai-style rice tamales.

If you’ve ever tried to wrap these tamales and found them ridiculously frustrating, I completely understand and empathize. I discovered the secrets to wrapping them one day quite by accident. I was working at the museum in Taipei and was late (as usual) getting back after lunch break, but this time was caught outside in an air raid drill. Fortunately, I was stranded at a market, and that is where I was mesmerized for about an hour by a grandma who stuffed and wrapped bunches of tamales just like these right before my eyes.

As I stood there, I gradually noticed that there were a couple of little folds that kept the rice in. Ah-ha: the first secret touches revealed. So, while I was called on the carpet once I showed up back at the office, it was hard to feel too shamefaced because I had learned something particularly wonderful.

You will find that these tamales are smaller and much, much more delicate than most tamales, and the rice is much lighter. One of the reasons for this is that these are Shanghai style and are designed to be eaten as tantalizing little tea snacks and not meant to be filling at all. (Check out these Hakka ones for a savory, filling variety.) Their airiness comes from the looseness with which they are packed into the leaves; notice how I shake the packet in the video and let it rattle. That is the second secret to beautifully tender tamales.

So, Happy Dragon Boat Festival, and thank you for reading this blog! Here is the beginning of the Zester article with a link to it and the video:

“The Dragon Boat Festival is one of the three great traditional Chinese celebrations that have been celebrated for thousands of years, the other two being Mid-Autumn Festival and Chinese New Year.

"Many reasons are given for this summer holiday, which falls on the fifth day of the fifth lunar month (on June 23 in 2012). The two most popular explanations are, first, that it commemorates the day that the poet and official Qu Yuan committed suicide and, second, that it is a festivity in honor of China’s national symbol, the dragon. Even today, those Chinese who are more traditionally minded say they are the descendants of dragons, for many of China’s most ancient gods had bodies that were at least partially dragon-like.

“So, both reasons are plausible, both are buried in the mists of history, and both have their fervent adherents. Two customs have been handed down to us from these separate camps and are now vital parts of the day’s celebrations: dragon boat races and rice tamales. The dragon boat races seem self-explanatory, but the tamales do need a bit of help....”

(Read the rest on Zester Daily, plus view a helpful video by Yours Truly, right here.)

1. Soak the bamboo leaves in hot water until soft and green. Trim off about 1 inch from both ends, then wipe both sides of the leaves with a towel; cover the leaves to keep them moist. Place the rice in a strainer and rinse it under running water; drain.

2. Heat the sesame oil in a wok over medium-high heat until it begins to smell fragrant, and then add the bean paste, salt and walnuts. Stir-fry the bean paste to remove any canned taste and give it a nice creaminess. As soon as the bean paste is gently bubbling, scrape it into a small work bowl and let it cool to room temperature. Then, divide the bean paste into 16 pieces and roll each one into a little ball.

3. Bring about a gallon of water to boil in a 2-gallon pot while you are busy wrapping the tamales.

4. Fold a leaf as directed in the video, with the shiny side on the inside and a slight fold at the bottom to keep the rice from squirreling out. Use a spoon to place a scoop of the rice into the cone and place a bean paste ball on top. Scoop some more rice on top of the bean paste so it is completely covered.

7. To wrap the string Shanghai style, loop it lengthwise around the tamale a couple of times and then wrap it around the center in an even spiral. Tie the knot off and keep one string long so you can tie 6 to 8 tamales together.

8. When all the tamales have been filled and tied, lower them gently into the boiling water, cover the pot and boil them for about 5 minutes to set their shape. Then remove the cover, lower the heat to a simmer and cook the tamales for about 2 hours. Add more boiling water if needed to completely submerge the tamales, and check them at 15 minute intervals to make sure they don’t need more water.

9. Remove the tamales from the boiling water and drain. Eat them right away or cool down and store in a plastic bag in the refrigerator. To reheat, steam them until heated through.