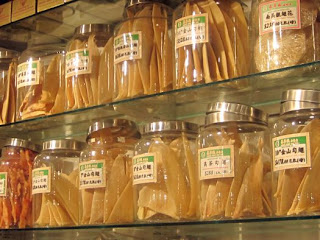 Passage of a bill to ban the sale of shark fins in California draws strong reactions from both sides.

"California's Senate passed a bill Sept. 6 by a vote of 25 to 9 to enact a full ban on the trade of shark fins in the state. If Gov. Jerry Brown signs the bill into law, the ban would  take effect in 2013.

"As was explained in my previous Zester article on mock shark fin soup, the proponents of Assembly Bill 376 (which passed in the Assembly in May on a 65-8 vote) appeared to have a reasonable argument: Since California is one of the largest markets for shark fins outside of Asia and is a main conduit for their distribution throughout the United States, this bill would reduce much of the pressure on what are being reported as rapidly diminishing shark populations all over the world."

Read the rest of it on today's Zester Daily.